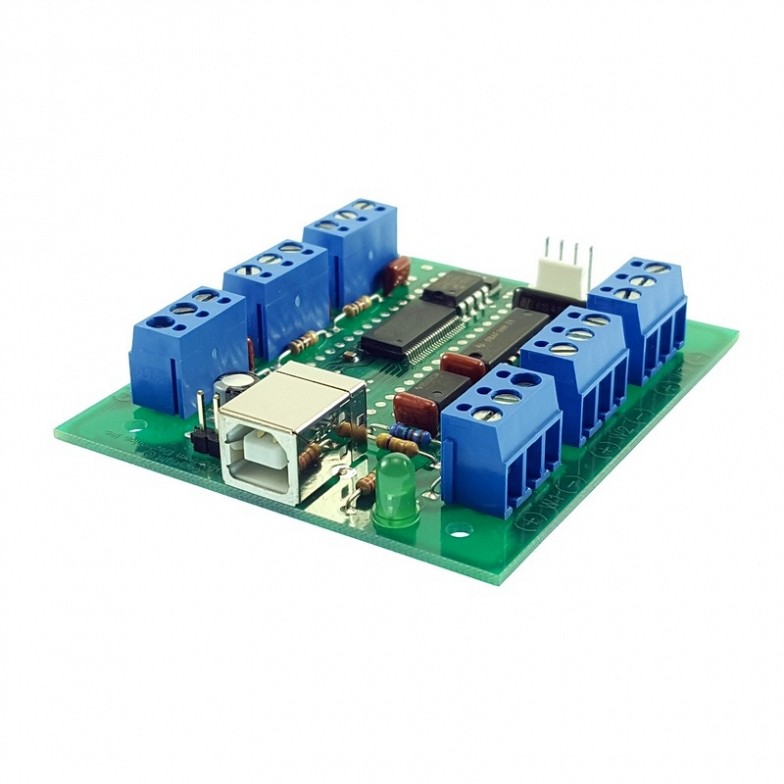 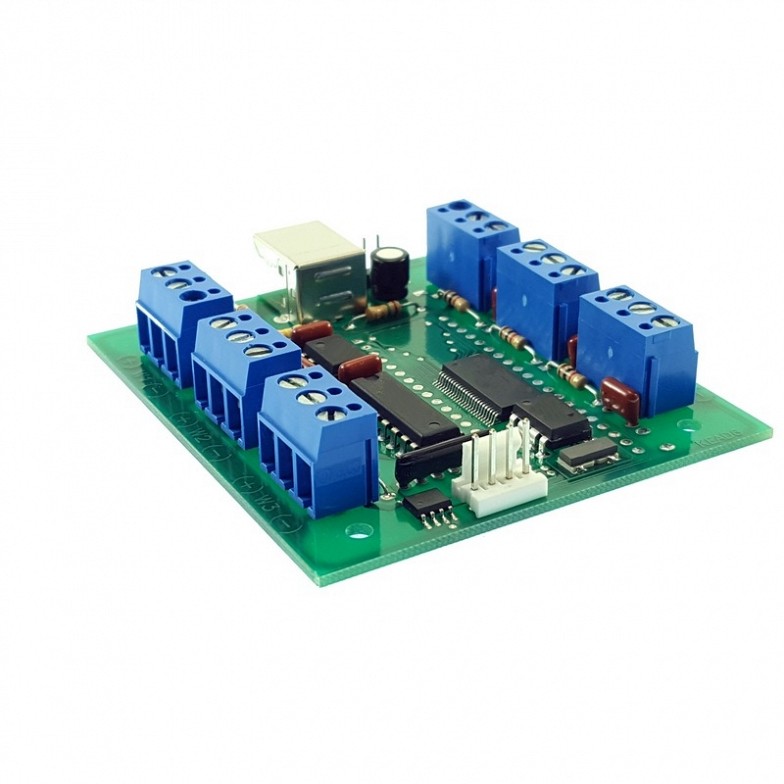 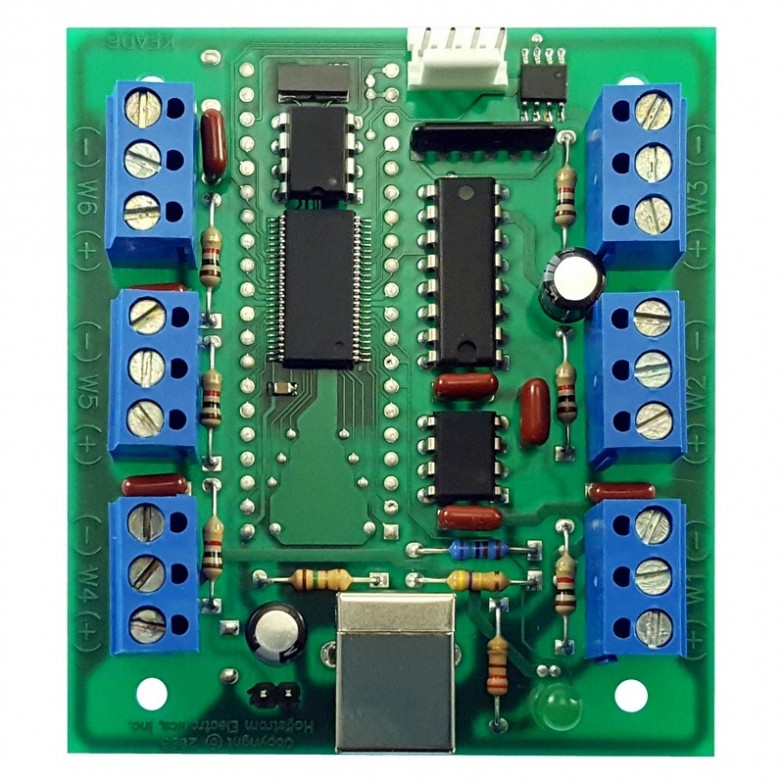 Each of the six input channels may be individually configured through the use of the included setup utility. When the input is programmed as a joystick axis, it may be assigned as any of 16 standard axis types (X, Rz, Slider, etc.).

The KEAD6 is programmed through the USB port of the computer using the programming application included with the unit. Once programmed, the configuration is stored on the KEAD6 in non-volatile memory.

All power for the KEAD6 is taken from the computer USB port, no external power source is required.

Please contact us for special project requirements not found on the standard KEAD6.  A customized KEAD6 can be ready for shipment in less than one week in most cases!

KE-USBMM6 - A Male/Male Type A to Type B USB cable to connect from the KEAD6 to the USB port on the computer. Length = 6 feet.

*Custom lengths up to 10 feet are available. Please contact us for pricing!